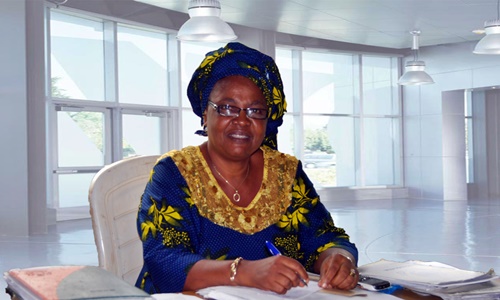 Progressive secondary school umunya was founded in April 1963 as Anglican Girls’ grammar school umunya by the church missionary society ogidi district as shown in the school survey plan (EC/15/65) The first sets of students were admitted in the same year 1963. The war interrupted in their graduation which would have taken in 1968, they later graduated in 1971. The school motto is “Arise and shine” The school became a co-educational in 2005/2006; the school name was later changed to progressive senior secondary school, umunya. The state governor Mr. Peter Obi renovated the school’s laboratory block in 2008 and provided It with science equipment and computers. In 2003, he renovated one storey classroom block containing twelve classrooms an administrative block, a hostel block and three blocks used as the teachers quarters. In addition, he also provided laboratory equipment, sporting equipment, library text books and computers. In another development the Telfund Abuja via the ministry of education Awka (MOE/AN/COMM/190/VOT11) built blocks of 3 classroom with office and 3 units of external toilet in 2013. In 2014 the Governor Mr. peter Obi gave the school a bus and 30KWA generator. The present governor of Anambra state Dr Willie Obiano on his assumption of duty as governor of Anambra state the sum of #10M cheque which has been invested into construction of new school of new school building. He also procured more sports equipment and furnished sick-bay for the schools. The school also received cartons of library books from the state government. Presently, the school serves as the temporary orientation camp for Nysc
Read More


The school has seven dormitories, a kitchen, dining hall, which is used as the examination hall because of absence of boarders. The school has a plant house. There is a twelve rooms classrooms block, used for classes (senior and junior schools.) The library and staff rooms is also located in the block. There is a science block which houses physics, chemistry and biology laboratories